Click 'Near Me' and 'Date' to sort by events and groups closest to you. Add your events here.

Ignazio was born in Italy in 1978.​He was raised speaking both English and Italian, and in fact graduated High School both in Chicago,USA (1996) and Palermo,Italy (1997).He then proceeded to get his Masters in Chemical Engineering (2006) as well as at the same time studying and practicing as a professional musician specializing in Djembe and traditional West African drumming, dances and rhythms. He also spent a month in Ghana in Nungua village for intensive training with the amazing Kusun local and internationally acclaimed group. ​During that period ,in 2002, he experienced a powerful spiritual awakening and spontaneously started meditating. The experience was amazingly life changing, even more given by the fact that his 5 closest friends were all going through a similar process.Ignazio immediately started spending several hours per day in meditation, and exploring many schools, practices and techniques both in the West and in the East.​In India , where he spent 6 months in 2008, he practiced in retreats in many amazing places, schools and ashrams.Some of these are:Sri Aurobindo Ashram - PondocherryGitananda Ashram - PondicherryBodhi Zendo - Kodaikanal Ramana Maharshi Ashram - Tiruvannamalai​Now, 16 years later, he is living in High Wycombe, Bucks, UK, completely in love with his wife Ursula and daughter Jada and teaching Yoga, Meditation ,practicing Hypnosis and providing 121 support, coaching and mentoring for spiritual/life development.​Ignazio has now been practicing Deep Meditation daily with many periods of retreat and intense practice for the past 16 years.He is a qualified Meditation Guide, trained by and teaching for the MPA school of Deep Meditation & Self-Knowledge. Following many years of practice and study in the field of Yoga, Ignazio has also included in his teachings elements from the AYP (Advanced Yoga Practices) school such as safe and effective awakening and cultivation of Kundalini energy through Spinal Breathing Pranayama. ​Ignazio is also a qualified practitioner of Dolores Cannon's Quantum Healing Hypnosis Technique (QHHT).He practices both in the UK as well as in Italy.QHHT is considered to be among, if not the, deepest hypnosis techniques, in which the depths of discovery, understanding and healing given by the remembrance and consequent release and understanding of one's past, (and very often what appear to be past lives) is surpassed by the experience of contact/connection with the Self, present in the center of each Human Being.​Given his technical and scientific background and having worked as an Innovation specialist in R&D, Ignazio has also cultivated the interest of keeping up to date with the latest discoveries of science with regards benefits arising from these practices, which include physical changes to the body and in the brain.He has given several talks and presentations on the matter, and has also brought some of the effective deep relaxation practices in the workplace and in the corporate world as a means of eliminating stress and cultivate creativity and intuition.​After working in the UK for the past 10 years as both a Chemical Engineer and a meditation teacher and spiritual guide, Ignazio is now fully dedicated to the spiritual work of spreading and sharing these inner technologies for well being and enlightenment to anyone who feels they can benefit. His main work is currently in Buckinghamshire, in London and in Italy.​

Meditation Morning Intensive Retreat - (with mindfulness walk in the woods)

This will be a morning of intensive meditation practice which will include a mindfulness walk in the ...Read More... 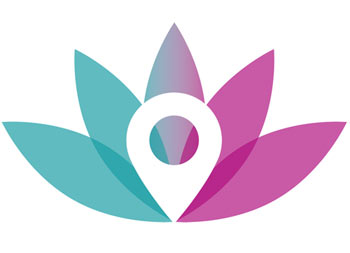 You don't have any followers!

You are not following anyone!